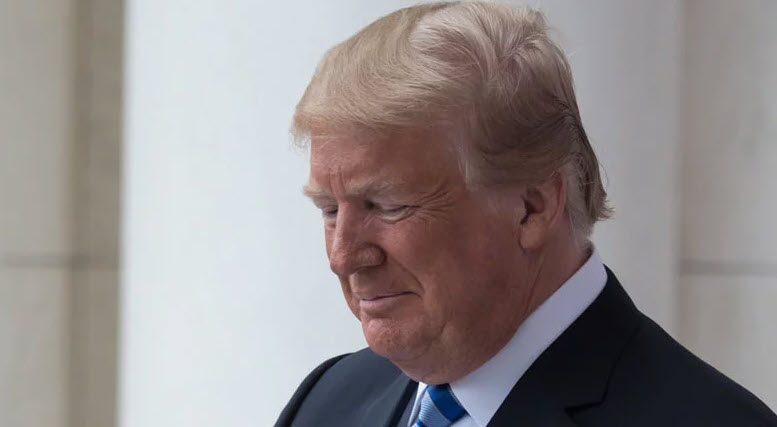 We know Donald Trump lies. Everyone knows this. His followers even know this. However, it’s nice to have concrete proof and now we have it thanks to a report from The New York Times.

The Times busted Trump earlier this week for outright falsifying quotes that were supposedly made by his fellow Republicans.

“Watching Fox News ahead of Wednesday’s impeachment vote, President Trump gave a Twitter call out to one of his most combative allies in the House,” Times reporters Annie Karni and Maggie Haberman explained.

“In his tweet, Mr. Trump quoted approvingly from what Representative Doug Collins, Republican of Georgia, had said on ‘Fox & Friends’ about the two impeachment articles passed by the House — that they were the product of Democrats who ‘couldn’t find any crimes so they did a vague abuse of power and abuse of Congress, which every administration from the beginning has done.’ But in fact, Mr. Collins never made the claim that “abuse of power and abuse of Congress” were common practices of past administrations,” the newspaper reported.

“They just wanted to get at the President. They had no intention of having a proper investigation. They couldn’t find any crimes so they did a vague abuse of power and abuse of Congress, which every administration from the beginning has done.” @RepDougCollins @foxandfriends

So…Doug Collins never said that. There is no record anywhere of him saying that. Here is what Doug Collins actually said.

“They simply wanted to get at the president,” Mr. Collins had actually said. “So they said at the end of the day, we can’t form any crimes. We’re going to have a vague abuse of power. And while we’re at it, let’s just throw in abuse of — obstruction of Congress because we didn’t get our way.”

McConnell, McCarthy, Collins, Rick Scott have all been featured in Trump tweets with quotes attributed to them that there’s no record of them saying. https://t.co/WPxZW1IfjI

Ken Starr appeared on Fox News in November and specifically noted that ambassador to the European Union Gordon Sondland testified that what Trump did to try to pressure the Ukrainian president to investigate Joe Biden was essentially a “quid pro quo.” However, Trump quoted Starr as saying just the opposite.

…..President Trump said the Ukraine President should just do the right thing (No Quid Pro Quo). You shouldn’t charge, but you cannot convict, a sitting president on the basis of conflicting and ambiguous evidence, and destabilize the American Government.” Thank you Ken!

In October, Trump was defending (again) the contents of the summary (it’s not a transcript) of his phone call with Ukrainian Pres. Volodymyr Zelensky. Trump told reporters that Mitch McConnell (R-KY) told him that the call “was the most innocent phone call I’ve read.”

Wrong. McConnell said he never said that. In fact, he said specifically that he and Trump have “not had any conversations on that subject.”

Basically, what Trump does is take what these guys say (which is already stupid enough) and injects his own words into their comments. Then he publishes them as direct quotes on Twitter. With quotation marks around them and everything.

Oh, also? Haberman says that he even goes so far as to “simply omit” the parts of the quotes he doesn’t like. He’s just rewriting history as he goes along, and these clowns he’s misquoting are letting him.

They do not correct him.

(Except for Mitch McConnell)

Why do they not correct him?

Why Does Donald Trump Lie? Really, Why?

Is there another psychological component at play here? The co-author of the article, Annie Karni, suggests there may be.

.@ruthbenghiat: "“He’s challenging them to correct him. This is how a cult of personality works. The leader will say something that everyone knows is wrong, and no one will correct him.”

Jennifer Mercieca, a Texas A&M University historian, has studied Trump’s use of language. Here’s what she has to say.

“It represents his will to market, to frame reality, to make the world appear as he wishes, despite reality,” she said. “He counts on his followers being so gullible and so cynical that they won’t doubt the reality that he has constructed for them.”

Donald Trump is just a little boy who is crying out for help. He’s begging for his parents to correct him. Here’s the problem: he’s a terrorist child and the consequences of correcting him are too severe. So there he stands, rewriting history one tweet at a time.