Opiate addiction can be a scary thing to witness, and likely even scarier to suffer through. But it’s time for us to stop seeing addiction as the disease and recognize it for what it really is…a symptom of chronic pain. Several weeks ago, we were given a script that showed music legend Prince as an opiate addict. But before we accept that perspective, let’s dig, if you will, below the surface and look at this from an angle that actually addresses opiate painkiller use, as opposed to vilifying it.

When a legendary entertainer like Prince passes on, it’s pretty much boilerplate to see several legitimate reasons for the death, followed by a few ridiculous tabloid-style explanations, and all rounded out with a dozen variations on all of the above.

I’m not here to tell you what ultimately caused his death; the cause does nothing to change his legendary status, so I’m just not interested. I can’t prove beyond a doubt that he overdosed on painkillers, as was widely reported. I definitely don’t intend to further any of the stories I saw while reading magazine covers in line at the grocery store.

Sadly, that’s just not a good enough story to make media waves, so it needed to be dressed up by every press outlet from New York to L.A. Addiction is sexy; chronic pain is not. Addiction is only a small part of the story, though, and may not even be part of the story at all. What really happened to Prince is something very real, something that millions of Americans deal with every day.

Prince had a documented history of severe and chronic hip pain from his many years on the stage, so it stands to reason that he might have had a regular prescription for a strong painkiller. Imagine doing any of the things we’ve seen him do onstage over the years with excruciating hip pain, and suddenly the opiates don’t sound like such a bad idea.

What truly differentiates chronic pain is that it either doesn’t have a specific diagnosis, but is rather a diagnosis of exclusion (fibromyalgia would be an example), and/or it is typically not something you would see someone experience, as it is often a hidden ailment. If you have a degenerative disc in your spine, you’re likely not wearing a cast and to any regular observer, you may look perfectly healthy, but you’re likely in a lot of pain.

Adding to this is the fact that many chronic pain sufferers don’t want anyone to see their pain, especially when it’s something they’ve been living with for years. At some point, the amount of misunderstanding takes it’s toll, and they no longer want to talk about it. You might see someone every day that is constantly dealing with an amount of pain that you’ve never experienced.

That pain needs to be managed somehow if the person is going to have any kind of productive and enjoyable life. In the United States, we decided that management would work best with opiate painkillers, so we produced and sold the crap out of them. Then, when people became chemically-dependent on them, we yelled at them and called them addicts and had interventions and told them how much they’ve hurt us. We passed laws making it nearly impossible for people to get these medications that they’ve depended on for years. Then we sit back and wait, because the result could only be good, right? There’s no way people would turn to street drugs as the only escape from withdrawal hell. I mean, we’re the country that launched the “War on Drugs,” so I think we know what we’re doing…

Let’s please get at least this one thing straight: Addiction and chemical dependence are two different things; they can crossover, but they do not mean the same thing. For instance, I don’t smoke anymore, and haven’t for almost 8 years, but I am still addicted to cigarettes. I am no longer, however, chemically-dependent on them. My brain cells figured out long ago that they were no longer going to be served nicotine platters, so they moved on. But I still want one when I see one, or smell one, or when I have a drink, or sometimes when I’m driving. The list goes on. An addiction is something you fight back against every day, and some addictions are stronger than others.

Chemical dependence means that your physical body has gotten accustomed to the substance and, in a sense, needs it. This has nothing to do with willpower or strength of mind. This is a physical reaction. When I quit smoking, I was cranky for a month or so and got a few headaches. The increased danger with opiates is that quitting “cold turkey” can be dangerous, even deadly. Depending on the circumstances, and if not done correctly under a doctor’s guidance, the withdrawal symptoms could literally kill a person.

The next time you see a story about Prince calling him an addict and painting him as the typical embattled, drug-abusing, demon-infested musician, please consider another perspective. One where he had lived in pain every day, but forced himself to keep going.

Featured image by PeterTea via Flickr, available under Creative Commons 2.0 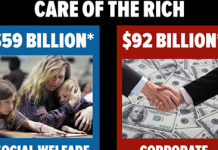 Taxpayers On the Hook for ‘Big Pharma’ Opioid Settlements 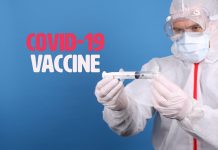