“Let’s say someone came into NBC and took over NBC, and started tweeting wildly about people’s appearances, bullying people, talking about people in the competition, lying every day, undermining his managers, throwing them under the (bus) — that person would be thrown out. It’s just not normal behavior. In fact, there would be concerns that the person who runs the company is out of his mind.”

Considering some of the crazy things Trump does, that’s a very fair commentary, but the president immediately went on Twitter and responded with an incredibly sexist shot at Brzezinski:

…to Mar-a-Lago 3 nights in a row around New Year's Eve, and insisted on joining me. She was bleeding badly from a face-lift. I said no!

Knowing where the vain POTUS is most vulnerable, Brzezinski sent this tweet in Trump’s direction:

Others who saw Trump’s comments were not hesitant to remind him what a misogynistic piece of crap he is:

"The only thing we have to fear is fear itself"

"She was bleeding badly from a face-lift. I said no!"

Just a reminder: Had Obama tweeted about a morning TV host's facelift, Repubs would go nuts pointing out how ridiculous he was

Mika's bleeding from a facelift.

Trump's response is not "are you okay."

She was bleeding badly from a facelift for three days? A real man would have called an ambulance. Are you lying or less than a man?

when you mention appearances it draws attention to the fact that you're a fat, homely man w a bad toupee who wears makeup

Allow me to state the obvious: Donald Trump is an insufferable ass who probably committed treason against his own country. How long do we have to put up with this dillhole? 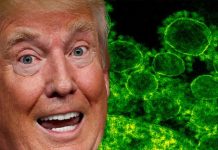