The Royal Court of Norway has released a statement that?Crown Princess Mette-Marit?flew to New Delhi on October 23rd to welcome her friends? newborn twins into the world. A?gay palace employee and his husband were unable to obtain travel visas in time for the birth of thier children via a surrogate. The future Queen of Norway, without hesitation, stepped up and?made the trip. The trip was paid for from the Princess’s private funds. Her royal status doesn’t exempt her from visa requirements, but her diplomatic passport likely helped her to cut through a lot of red tape.

??For me the core of the matter was that there were two newborn babies who lay alone in a hospital in Delhi. I was the one who was able to travel. It was important to me to help in any way I could.?

Crown Princess Mette-Marit stayed with the babies for several days at the Manav Medicare Centre. Neither Norway or the Princess alerted Indian officials that she was in the country, and staff at the facility assumed that she was a nanny who was there to care for the children. A relative of the couple was eventually able to step in and take over until the fathers received a visa in November and brought their babies home to Norway.

Surrogacy is illegal in Norway, and though not illegal to seek a surrogate abroad and bring the child home to Norway, the practice is discouraged and?hotly debated. In 1993, Norway became the second country in the world to register same sex partnerships.?Same sex marriages?were legalized in 2009.

The Crown Princess was clear that her motive was not political.

?Sometimes life presents you with situations with few good solutions. This was one of those,? she said. ?There is an important debate going on about surrogacy and this was not meant as taking a side.? 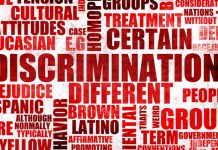