“If you don’t support the President’s agenda, then you shouldn’t have a job in the White House.”

That was said by a spokesperson for President Donald Trump’s actions in regards to the sacking of one of his advisers. Apparently, the adviser didn’t agree with Trump’s Latino policies.

And this isn’t the first time that a senior administrative officer has been fired over disagreeing with our leather-bellied friend. Craig Deare was fired after criticizing Trump at a think-tank event, Shermichael Singleton was fired after critical remarks he made and subsequently apologized for, and Michael Flynn was fired over, apparently, not informing Vice President Mike Pence on whatever awesome secrets he had to tell, even though Trump had instructed him otherwise.

A lot of people are being canned for going against orange-overlord Trump.

But, doesn’t that make sense? Shouldn’t the people that surround our President agree with him on every aspect of how to run this country?

The role of the President’s cabinet and advisers is to actively inform the president on issues he/she might not otherwise be educated on. This does not mean that the President is grotesquely uninformed (usually). What this means is that someone with (supposedly) wiser and more informed outlooks can help the President come to an agreement with a panel of people on what to do regarding specific issues.

Not to blindly agree with him so that they can keep their jobs.

SEE YOU IN COURT, THE SECURITY OF OUR NATION IS AT STAKE!

Our government’s system of checks and balances is in place so that no one facet of the government has complete and total control. Boiling that down to a baser level, the President’s advisers and cabinet members are there so that they can bring other valuable information to the table when making massive decisions on specific aspects that affect this country.

Not so he can have a gaggle of groupies who praise the ground on which he trots.

Disagreeing with the President does not automatically make you unfit to do your job. Quite the opposite, in fact: it gives you the ability to do your job to its fullest extent. We have a multi-party system because this country holds different outlooks and opinions. We have a democratic-based voting system in order to give everyone with different opinions and outlooks a way to express them.

Why in the world is that silenced once you step into the White House?

The White House, and all who reside and work within it, should be an accurate reflection of all the ideals, opinions, and outlooks that undergird the bedrock of this nation.

Not some of them.  All of them.

Get with the program, Trump. 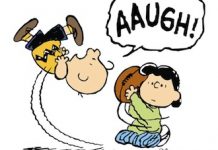