It’s deja vu all over again.

And then the economy crashed.

As Obama stepped into the White House, what has been dubbed the worst financial crisis since the Great Depression was beginning to grip the nation.

We’ve recovered somewhat, but still aren’t healed. We failed to appropriately hold accountable the massive financial institutions guilty of gambling with people’s money. What preventions we have enacted Republicans have been steadily chipping away at since regaining the congressional majority in 2010.

Well, it looks as though 2008 is here again–minus Barack Obama and a democratic majority.

Following the economic downturn, Congress created the Consumer Financial Protection Bureau (CFPB) out of Dodd-Frank to stop big banks’ ability to again wreak havoc on our economy. It protects American consumers from Wall Street avarice and abuse through the following steps:

On Tuesday, lawmakers voted 67-32 to proceed with a debate on S. 2155, the Economic Growth, Regulatory Relief, and Consumer Protection Act, a bill that would decrease the regulations currently governing capital and planning requirements.

“This bill seeks to right-size the regulatory system in our country and to allow our community banks and credit unions to flourish.”

But Republicans are not the only culprits here. Some moderate Democrats, several facing challenging midterm elections, voted to allow the Senate debate.

Sen. Elizabeth Warren (D-Mass.), who worked with the Obama administration on banking industry oversight after the 2008 crash, criticized 12 fellow Democrats for supporting what she calls the “Bank Lobbyist Act.”

“There’s Democratic and Republican support because the lobbyists have been pushing since the first day Dodd-Frank passed to weaken the regulations on these giant banks. People in this building [the Capitol] may forget the devastating impact of the financial crisis 10 years ago – but the American people have not forgotten. The American people remember. The millions of people who lost their homes; the millions of people who lost their jobs; the millions of people who lost their savings, they remember and they do not want to turn lose the big banks again…I don’t understand how anyone regardless of political party could support a bill like that. That means that the American taxpayer is going to take all the risk and all the profits are going to go to giant banks. That’s just fundamentally wrong.”

“Now is not the time to deregulate banks that have more than $3.5 trillion in assets and lay the groundwork for another massive financial collapse. Now is the time to take on the greed and power of Wall Street and break up the largest financial institutions in the country.”

“That one word change will allow the banks to sue the Fed if they don’t weaken the rules the way the banks want. And that pressure on the Fed will lead to a systematic weakening of the rules for all the big banks. This may be the single most dangerous provision in the bill and it applies only to the biggest Wall Street banks.”

According to a Congressional Budget Office (CBO) analysis, the Senate bill would increase the likelihood of another taxpayer-funded bank bailout.

About a potential bail-out like the ones issued after the 2008 collapse:

“CBO estimates that the probability is small under current law and would be slightly greater under the legislation.”

Sen. Warren stated that instead of this bill, there are a dozen more logical amendments “ready to go,” including one to impose mandatory penalties on companies like Equifax when they lose consumer data. There is also one to prohibit employers from requesting credit reports for job applicants.

“We’ve seen this movie before and we know how it ends. It’s a demonstration of what’s wrong with Washington: the lobbyists speak loud here but the people don’t.”

With Sen. Angus King (I-Maine), the Democrats who agreed to co-sponsor the bill are: 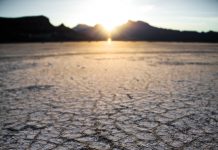