According to former FBI Director James Comey, Donald Trump allegedly pressured him to investigate as to whether or not the Russians really had a “pee-pee tape”; which allegedly consists of Trump being “entertained” by prostitutes and their full bladders in a hotel room during his trip to Russia many years ago.

Word of the tapes possible existence first surfaced in ex-British spy Christopher Steele‘s infamous dossier, in which he alleged that the Russians had blackmail information on Trump, which included a tape of him asking Russian prostitutes to urinate on a bed (one which he believed President Barrack Obama once slept in).

The former director shares his disturbing allegation in a new book: “A Higher Loyalty: Truth, Lies, And Leadership.”

Here’s the excerpt from Comey’s book about the incident.

Maybe the thing I’m most looking forward to about the pee tape is the enormous pee enthusiasm from Trump supporters as soon as it emerges. We might see Fox hosts drinking highball glasses of urine in fealty. Lee Greenwood singing patriotic pee odes at rallies pic.twitter.com/cmzra61Rp4

As you can imagine, once news of these allegations surfaced, Twitter lit Trump up like a Christmas Tree.

Look, the worst thing about the pee tape is clearly that it can't play Cannes because it's streaming.

*sigh* Fine. I'll show myself out.

let's be fair, who among us hasn't asked the director of the FBI to quash pee tape rumors so that the trophy wife we'd already cheated on countless times wouldn't have one additional reason to hate us

And the wind, whispered, “The pee tape is real”

I can’t help but wonder – how much pee can a pee pee tape if a pee tape can pee tape? #peepeetape

me, walking back into Twitter and seeing that "Pee Tape" is trending pic.twitter.com/ZEtBJTpLg1

So today we have a love child, the pee tape is real, and Muller says Trump dangled pardons in front of grand jury witnesses. Y'all still loving your orange boy who was going to clean up Washington?

Melania told Donald Trump “If the pee tape is real…urine a lot of trouble!”

I’ll be here all night.

That was a piss poor joke, but … pic.twitter.com/Rp4MgQXmDa

Well, it seems that laughter’s the best way to stay sane when it comes to dealing with the national disgrace occupying the White House. However in November when Democrats flip both houses, we may finally have the last laugh.

Until then, just let it all “soak in” Donald Trump.

With Trump Gone, Some GOP Have Fallen in Love With Putin 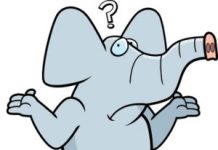