There are several problems with this whole thing.

The counselor is no longer at the clinic and Planned Parenthood has come forth saying that they do not endorse these views, as Live Action claims.

In the video, there are several problems as well.

To begin with, there is a leading question presented to the counselor. The investigator asked the counselor about role play and the counselor gives a generalized answer about what it is and how you go about it.

However, throughout the video, parts are skipped and fast forwarded through. There is such heavy editing that you can’t tell the full exchange between the actress/investigator and the counselor. All that is shown are clips and snippets of incriminating evidence against the counselor. Heavy editing does not speak of the integrity of the group that used this actress/investigator and it does not show ethical journalism, any more than the tactics do. Regardless of whether or not it is graphic and sexual in nature, the raw footage should have been presented in full form to show the “evil” that Planned Parenthood is promoting.

The video is also supposed to be one of several- yet they took almost three months to release it as well, since the time stamp is back in late March of this year. It should have been released immediately if they thought this was so terrible.

Live Action, since 2008, has been gunning for Planned Parenthood. The founder herself posed as a thirteen-year-old girl (when she was nineteen or twenty) and claimed that she had a thirty-one-year-old boyfriend and was aghast to learn that the counselor told her to say she was seventeen to get an abortion. The thing is with that one, the counselor probably knew she was lying about her age and was saying that to just get her out of there.

There have been many other such “stings” by Live Action against Planned Parenthood, each with the goal of stopping funding. Heavy editing of videos, leading questions, claims that are invalidated with a simple Google search, and many other unsavory tactics have been used by these “investigators” of Live Action in an effort to further their political agenda. These tactics are designed to spoon feed people only the information Live Action wants them to have rather than giving them the full information to make an informed judgment.

This is shoddy journalism and shoddy practices. 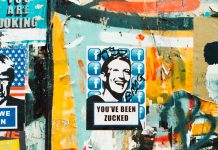