25 years ago, Donald Trump — whose brain was transplanted into Bill the Cat’s body — bought Bloom County and replaced all the characters.

This is how distinguished comic strip author Berkeley Breathed ended his iconic strip, “Bloom County.” However, just like Trump’s other business failures, the billionaire mogul must have screwed up his acquisition of “Bloom County” somehow because the strip will return soon.

Breathed announced the return of the strip on his Facebook page and accompanied the news with an image of him drawing Opus in a frame entitled “Bloom County 2015.” The return of Bloom County happened as Trump announced his candidacy for the 2016 Republican nomination. Coincidence? From the Huffington Post:

“One Facebook commenter noted that “Bloom County” was returning just as Donald Trump, a frequent target of the strip’s satire, is running for president. ?

‘This creator can’t precisely deny that the chap you mention had nothing to do with it,’ Breathed wrote in response.”

25 years is definitely a long time, but I don’t think the return of “Bloom County” will be problematic for Breathed. He has plenty of material at his disposal anyway. I mean, look at American politics right now. It bears little dissemblance from a satirical comic strip.

At its height, Bloom County was printed on over 1,200 newspapers nationwide. Merchandise inspired by the comics — including mugs and T-shirts — flew off the shelves. The notoriety of the comic even garnered its author a Pulitzer Prize in 1987. 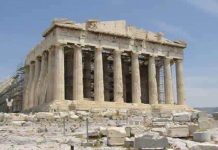