Oh, snap! Democratic Rep. Hank Johnson (D-GA). That Is All. OK, that’s not really all. You guys know I can’t wait to talk about this.

Our favorite bratty frat boy Rep. Matt Gaetz (R-Fla.) had the nerve today to invoke Hunter Biden’s alleged drug use during the impeachment hearings. He went on and on about it.

“It’s a little hard to believe that Burisma hired Hunter Biden to resolve their international dispute when he could not resolve his own dispute with Hertz rental car over leaving cocaine and a crack pipe in the car,” Gaetz said.

But here’s the problem with that. Bratty Matty has a DUI in his background. Famously. Like his mugshots are everywhere. Here, for example. 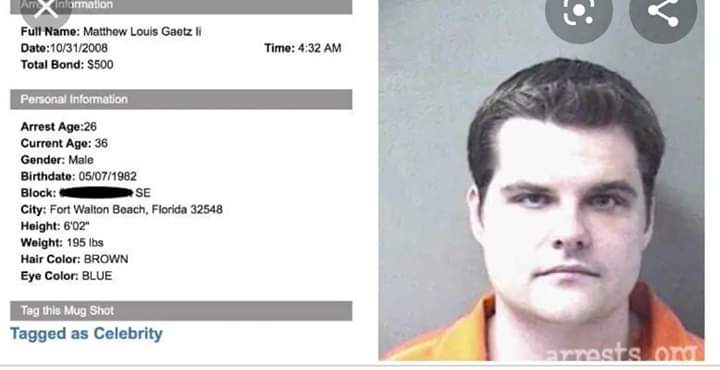 Then it came Rep. Johnson’s time to speak, and hot dayum. Whoa. Just look at what he did.

Rep. Hank Johnson (D-Ga.) calls out Rep. Matt Gaetz (R-Fla.) for going after Hunter Biden's substance abuse problems. "The pot calling the kettle black is not something that we should do." pic.twitter.com/pVSGgD0lm4

“The pot calling the kettle black is not something that we should do.”

“I don’t know which members, if any, have had any problems with substance abuse [or] been busted in DUI. But if I did, I wouldn’t raise it on this committee. I don’t think it’s proper,” Johnson said.

Oh. My. Goodness. I wish Hank Johnson was my daddy. Doesn’t this man just have so much class? He totally stuck it to Matt Gaetz and did it in a way that was as smooth as the butter Gaetz spreads onto his grilled cheese sandwiches.

You can hear people laughing in the background. LAUGHING. But Rep. Johnson keeps it classy and never even cracks a smile.

Gaetz’s comment came after he proposed an amendment to the abuse of power article of impeachment. He said (jokingly?) that they should replace “Joe Biden” with “Burisma and Hunter Biden” as the primary subject of the investigation into whether or not Trump asked Ukraine’s president to investigate Joe Biden.