One of the most beloved actors in the world has decided to protest Donald Trump in one of the most meaningful ways possible. Patrick Stewart announced on Friday that he has applied to become an American citizen specifically to join the resistance to the Donald.

You may know Stewart as Captain Jean-Luc Picard on “Star Trek: The Next Generation” and as Charles “Professor X” Xavier in the “X-Men” movies. But his career actually dates back more than six decades. He made his name as a Shakespearean actor in his native United Kingdom, and was a fixture on British film before appearing on American screens in the 1980s. He was knighted for his achievements in 2010.

But on Friday, he told the ladies on “The View” that he is giving up his knighthood and his British citizenship so he can oppose Trump in a more meaningful way. Watch here.

Stewart was on hand to hype the latest installment of the “X-Men” film series, “Logan”–which premiered on Friday. It was also a reunion of sorts with Whoopi Goldberg; she had a recurring role as bartender Guinian on “TNG” from 1991 to 1994.

However, the conversation quickly turned to a seemingly innocuous tweet he fired off in February while visiting Washington. On one night there, he had a hard time sleeping–and suspected it was because he was just a few blocks from the White House.

Had the worst sleep of my life last night. But I was sleeping less than 300 yds from where Donald Trump sleeps. Could there be a connection?

When host Joy Behar asked him about that tweet, Stewart said that he was in town with his wife, American singer Sunny Ozell, to visit some friends who were “kind of Washington insiders.” He wanted to know what they could do to fight Trump.

He then dropped a bombshell–he was applying for citizenship “because I want to be an American too.” He was motivated by something that his friends in the capital told him he could do to help in the movement against Trump.

“There is one thing you can do–‘fight, fight, oppose, oppose!’ But I can’t do it because I’m not a citizen.”

Stewart joked that If there’s any doubt that Stewart is doing the right thing, it was erased when Breitbart News, Trump’s favorite news site, wrote about the announcement. Some of the comments:

“We’re not in the mood to grant citizenship to people who openly commit sedition. Go home.”
“Deny that mentally handicapped moron the opportunity to become an American citzen on the grounds that he is just too stupid. Also boycott that anti-American leftwing idiot’s movies.”
“It’s hard to take anyone serious that doesn’t like Trump. Stewart qualifies on both accounts. He wants to come here to this country and go against the will of the voters who voted for Trump. The guy is an idiot on so many levels. Not only does he act weird he looks it as well.”
“Just another Limey-Commie-Cling-On”
“Hillary Clinton, the Democrats, half of the Republicans, the entire media industry including Hollywood, large corporations, big banks and Silicon Valley social media giants could not stop Trump, but this one idiot thinks he can? He needs to see a psychiatrist.”
“Captain Cuck = his new Star Trek name”
“Yes, why should we allow citizenship to people who hate this country!? By the way, he looks angry and bitter. That’s what happens to aging leftists.”
“F #ck off Stewart. Kirk will always be the real Captain of the Enterprise anyway.”

Heh. If this makes the deplorables’ heads explode, it’s probably a good thing. Welcome to the fight, Patrick. 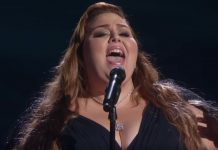 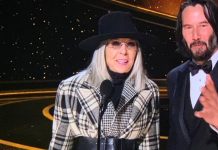 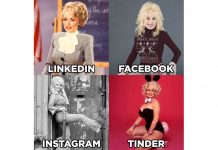